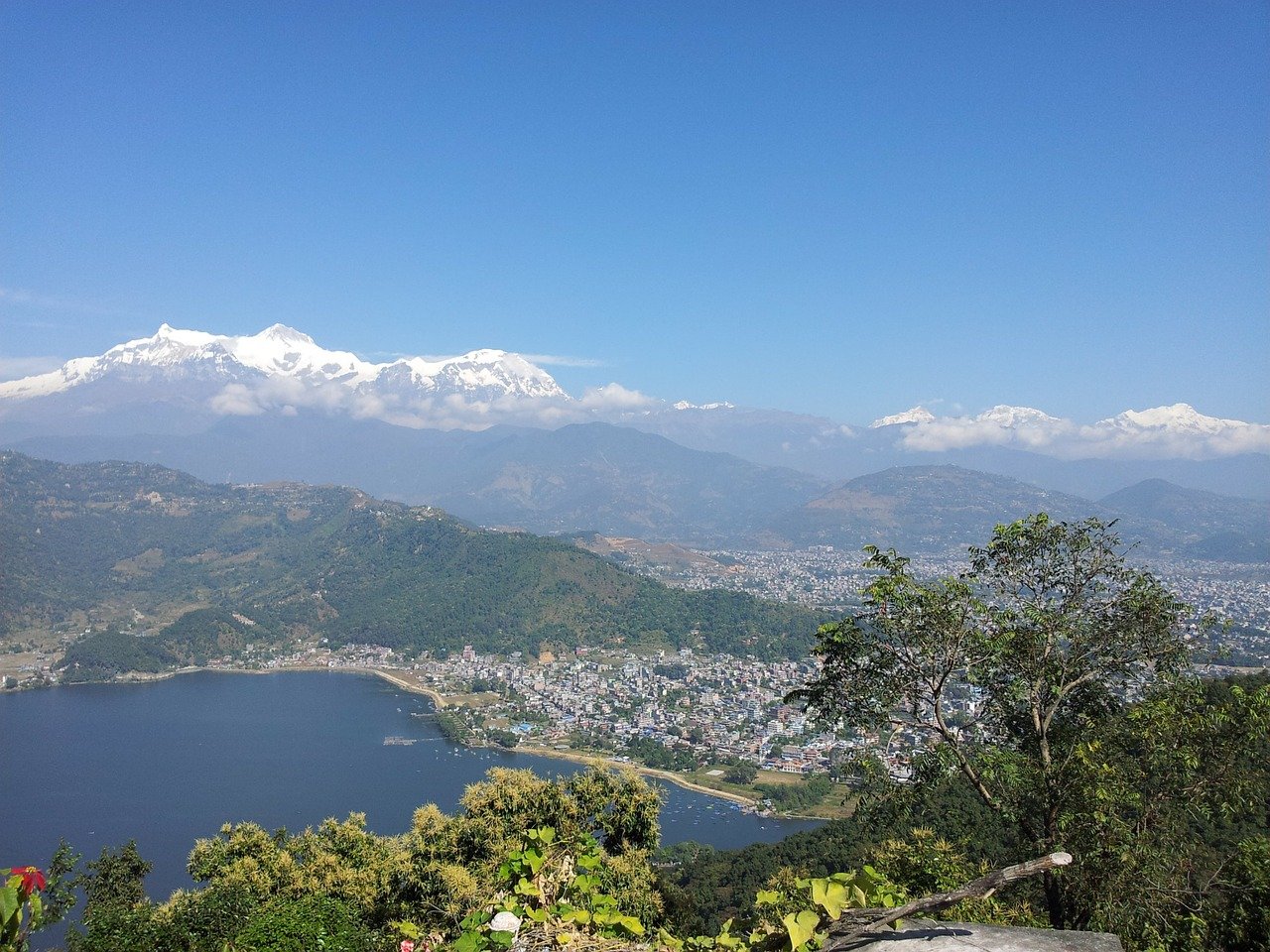 Pokhara Valley is the most picturesque and popular destination for visitors to Nepal, enchanted by its lovely lakes Phewa, Begnas and Rupa. Pokhara offers the magnificent views of Dhaulagiri, Manaslu, Machhapuchhre, Annapurna etc. Pokhara Valley to create your journey to Nepal extra adventurous and memorable. Kathmandu City is famous for the Cultural and pilgrimage tour while Pokhara City is the natural beauty of its lakeside location and its proximity to the mountains has made in the natural choice for trekkers and adventures. Pokhara is also starting and base point for most famous trekking circuits and adventurous trekking of Nepal.

Heaven is a myth, Pokhara is real.

When one thinks about traveling & spending the best holidays of the lifetime, people start to think about Pokhara City of Nepal, as it has been the dreamland of the tourists from the very long time. By itself surrounding area provides ample scope for short walk and day trips, suitable for children or weary trekkers that can be made around the valley. Pokhara’s popularity has led it to accommodate people of many nationalities and there is no dearth of hotels, guesthouses and other lodgings, ranging from the deluxe to the super economy. It is the combination of the magnificent location, good-value accommodation and food, and the proximity of local village life that accounts for much of Pokhara’s appeal. Sightseeing Around Pokhara Valley Visitors destination Pokhara, the city itself offers quite a few places of interest for the casual and longer staying visitor.

One of the most iconic images of Pokhara is Fewa Lake, the second largest lake is the country, and there are two other larger lakes in Pokhara that is Begnas and Rupa Lake. The other iconic image of Pokhara is Machapuchhre Himal. Mountain bike provides one of the best way to see Pokhara. Some of the popular places to see around Pokhara are Phewa Lake, Mahendra and Chamero Gufa, Davies Fall, Bindabasini Temple, Peace Monastery. As well there are number of activities like Paragliding, Ultra light aircrafts. Pokhara is the beginning place for some of the most popular trekking routes along the western region in Nepal. It is also gateway to the world famous Annapurna circuit trekking, Annapurna Base Camp, Ghorepani, Ghandruk, Pooh Hill, and Jomsom Muktinath trekking trail. So Pokhara is the center of adventure.

Boating PHEWA LAKE, pokhara tour, Pokhara sightseen, Sarangkot hikingPhewa Lake is the center of all attraction in Pokhara. It is the largest and most enchanting of three lakes that add to the resplendence of Pokhara. Here, one can sail or row a hired boat across the water of the lake or visit the island temple in the middle of the lake, The eastern shore, popularly know as Lakeside or Baidam, is the favorite haunt of all travelers restaurants, handicraft shops and other tourist facilities are located.

The Barahi temple is the most important monument in Pokhara. Built almost in the Center of Fewa Lake, this two-storied pagoda is dedicated to the boar manifestation of Ajima, the protector deity representing the female force of Shakti.

Begnas Lake is situated in the eastern part of Pokhara valley, at a distance of 15 km from Pokhara. Tourist can relax in the lodges and resorts situated alongside the lake. Yet another popular lake of Pokhara is the Rupa Lake. It is separated from Begnas Lake by a bridge known as Pachabhaiya. The lakes offer the prefect nature retreat because of their relative’s seclusion and opportunities for boating and fishing.

Devi’s Fall Locally known as Patale Chango, is a lovely Waterfall is about 2 km south West of Pokhara airport on the Siddhartha Highway. Legend has it that a trekker by the name of Davy, was washed away and mysteriously disappeared down into an underground passage beneath the fall.

Mahendra Cave is the Another of nature’s wonders in Pokhara is the Mahendra gufa. This large limestone cave is locally known as the House of Bats an apt name for it. A two- hours walk to the north of Pokhara, it is best to bring our own torch to see the stalactites and stalagmites, as well as the local winged residents.

Seti Gandaki Gorge Another of Pokhara natural wonders is the Seti Gandaki River. Flowing right through the city, the boisterous river runs underground at places. Amazingly, at certain places the river appears hardly two meters wide. However, its depth is quite beyond imagination, over 20 m. Mahendrapul, a small bridge near the old mission hospital, provides a perfect view of the river’s dreadful rush and the deep gorge made by its powerful flow.

The main attraction of this village is the Bajra Barahi Shrine. Barahi is the name of one of the Mother Goddesses Ajima. It lies in the center of a thick grove, three hundreds meter from the center of the village. The temple was built 500 years ago. Locally called the Bindhyabasini Mandir, this white dome- like structure dominates a spacious stone – paved courtyard built atop a world peace temple, peace pagoda, Pokhara tour, Pokhara sightseeing, Sarangkot hiking shady hillock. It is dedicated to Goddess Bhagwati, yet another manifestation of Shakti. The park – like grounds offers a fine picnic area; on Saturdays and Tuesdays when devotees flock there to offer sacrifices, it takes on a festive flavor.

World peace pagoda is situated on the top of a hill on the southern shore of Fewa lake. It has Buddha facing in four directions. The Pagoda is an impressive sight and its hilltop location commands a grand view. It is a great vantage point, which offers spectacular view of the Annapurna range and Pokhara city.

Stretching from east to west, the Annapurna massif includes Annapurna I to IV and Annapurna South. Although the highest among them is Annapurna I at 8091 meters, it is Machhapuchhre, which dominates all others in this neighborhood.

Ultralight air-craft is being operated from Pokhara. It has a unique blend of both mountain and plateau area. While flying over the Pokhara valley, you will not miss the scenic beauty of both the Himalayas and the most famous lake of Nepal ‘Phewa’ Lake. The flight will be journey through nature. This is truly a unique experience.