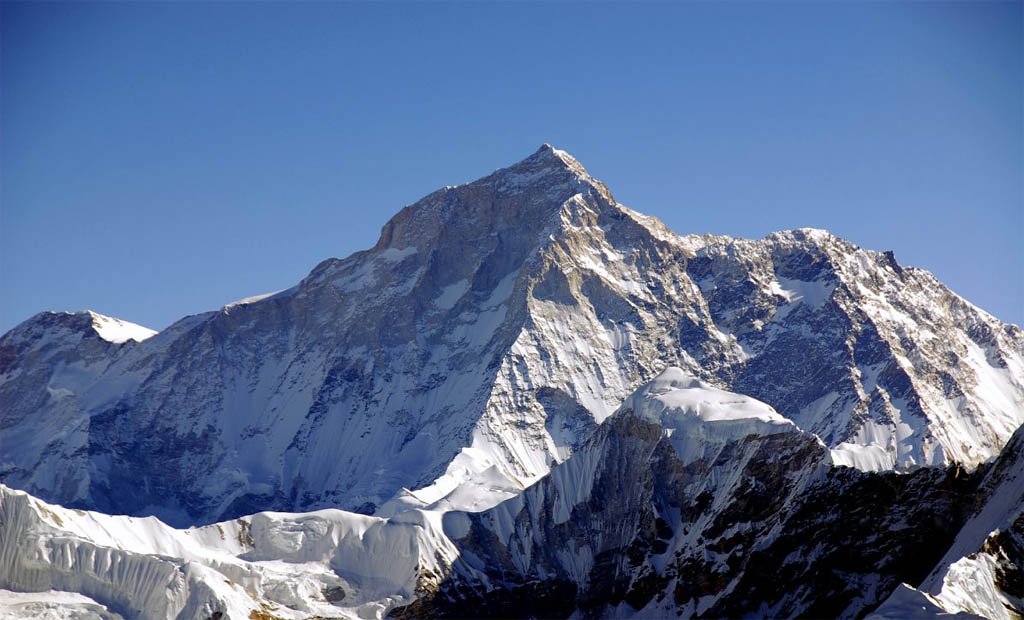 Makalu is the fifth highest mountain in the world and is considered the technical mountain to climb. Normally, four camMt. Makalu, Makalu peak, Makalu alpineps are set up in the approach excluding ABC which will be set up at 5,300 m. We follow the lateral moraine, hike onto the glacier and set up the camp I at a glacial plateau at 6,150 m. We further proceed the direction of the glacier plateau in the direction to Makalu La, climbing stretches of steep slopes and arrive at the base of the Makalu La to set up the camp II at 7,000m. We climb the Messner Headwall towards the North West Ridge at Makalu La and the site of camp III at 7,300m. Camp IV will be set up on the North Ridge at 7,850m and climb up the couloir to gain the final ridge at the summit (8,462m).