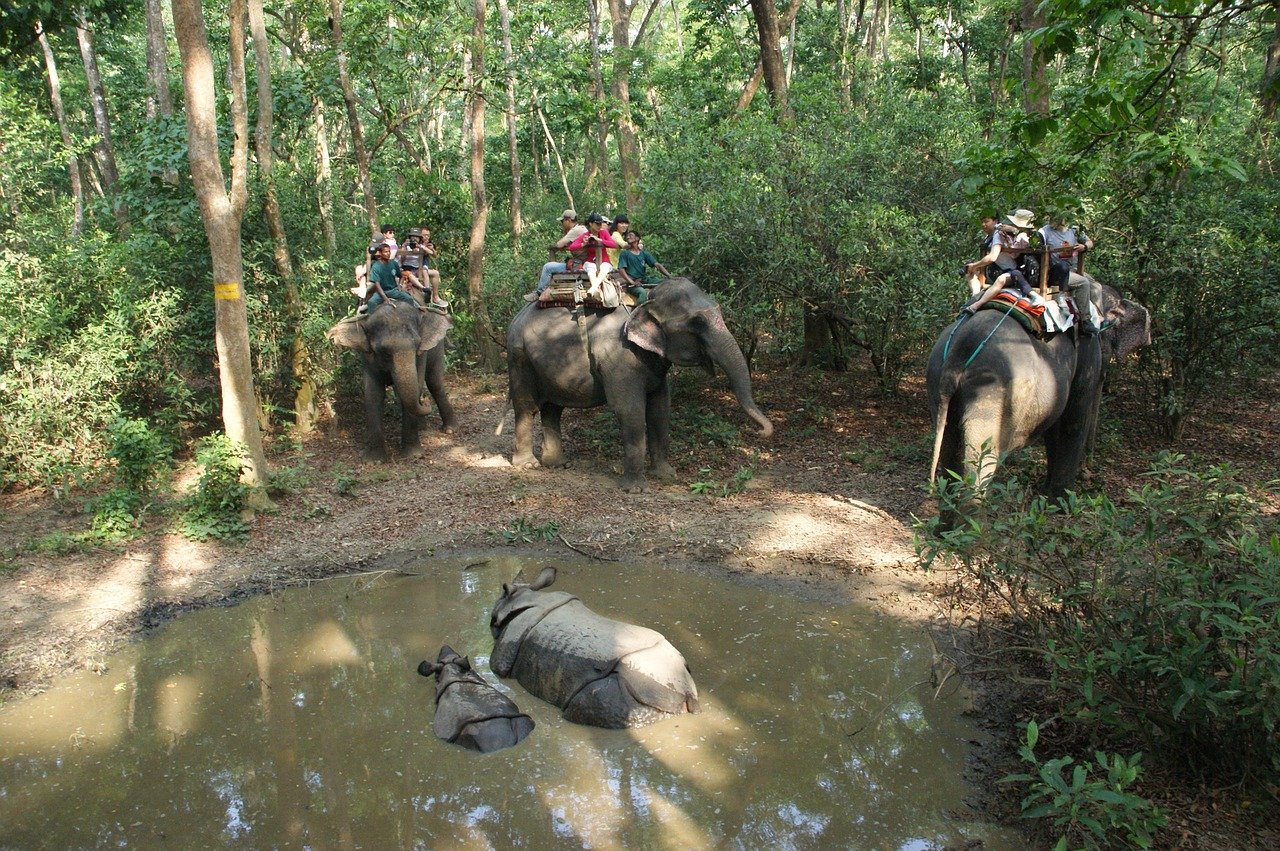 “Chitrawan”, meaning “picturesque wilderness”, is believed to be the root word of Chitwan. It’s history is characterized by its religious divinity and its popularity as a prime hunting ground. Chitwan hosted the rulers of Nepal and their Royal guests that included King George V (B.S. 1968) and Prince of Wales (B.S. 1978)

From the first historical record of Nepal, the inscription at Changunarayan by Mandev(B.S 521); the inscription of Samundra gupta ar Ptayag, it is known that Nepal formed a part of the great Nepal which extended from kamaroop (Assam, india) to Kartripoor (Kumaun, India). Great historian Baburam Acharya notes that from the time of King Amshuverma (BS 661-677), Chitwan fell en route the Nepal’s trade route with India.

During the khas era:

During the climax of the Khas rule in the late 14th century BS, Chitwan seems to have come under the Khas kingdom started by Naagraj (mid 12th century BS). The Khas language spoken by the Brahmins of this era has evolved today as Nepal’s national language.

Mukunda Sen I and Devaghat:

British historian Hamilton (BS 1859) and Pundit Kashiram (BS 1771) stated that Mukunda Sen built a nice temple with Shivaji’s idol and Devghat saw great crowds during Shivaratri and Makar Sankranti. Mukunda Sen is believed to have spent his last days in Devghat as a sage (“muni”).

Under the state of Tanahu:

The great state of Palpali King Mukunda Sen I, which included Gulmi and Arghakhanchi in the west and extended upto Jhapa in the east disintegrated after his retirement from kingship (BS 1575 to 1610). This state included Devghat and Chitwan. His son, Bhringa Sen (off his 3rd queen Mahimawati) established the state of Tanahu. The winter capital (Kartik to Chaitra) was in Devghat. Several letters addressed from various places in Devghat, Kabilasgadi, Someshworgadi, bandarjhoola etc. have been found. Some of these places have the remains of the forts constructed during that period.
Harkumardutta Sen, the brother of Kamaridutta Sen, was the last king of Chitwan, under the state of Tanahu.

BS 1834: Chitwan was deemed as a loophole in the security of Nepal valley (Kathmandu) as the British could use it for a possible attack. As per the advice of Prince Bahadur Shah, exiled to Betiah, and the order of King Pratap Singh Shah, AbhimanSingh basnyat, RamKrishna Kunwar and Parath Bhandari captured the Kabilaspuri Gadi on 3rd Shrawan 1834. Someshwor was won on 26th Shrawan. Ramkrishna Kunwar was posted in Upar Dang gadi, to look after the whole of Chitwan. But on chaitra 3, 1835, the tanahu state, inclusive of Chitwan, was recaptured by H harkumar Dutta Sen. Ramkrishna Kunwar escaped to Gorkha. Finally, it was on 12th Baishak of 1836 that it was annexed by Nepalese troops, under the plan of Bahadur Shah.

The area of Sanjautkot started being called Tandi. The irrigation in Jutpani and Dhungrekhola was done during this Period. It became prime hunting ground during this period, & the Ranas made roads, elephant shelters & Kasara Camp for this. It is said of Chandra Shumsher that he gathered 428 elephants during the visit of the Prince of Wales. Malaria had reached epidemic proportions in this are. People charged with treasour used to be sent to the jungles here as a punishment. Bhou Singh, who played against Jung Bahadur Rana was one of the many who faced this. Jung Bahadur had excused the tax for 7 yrs to all those who farmed the jungles here & Chandra Shumsher had declared freedom to the slaves who could reside in Chitwan jungles. But no one did so.