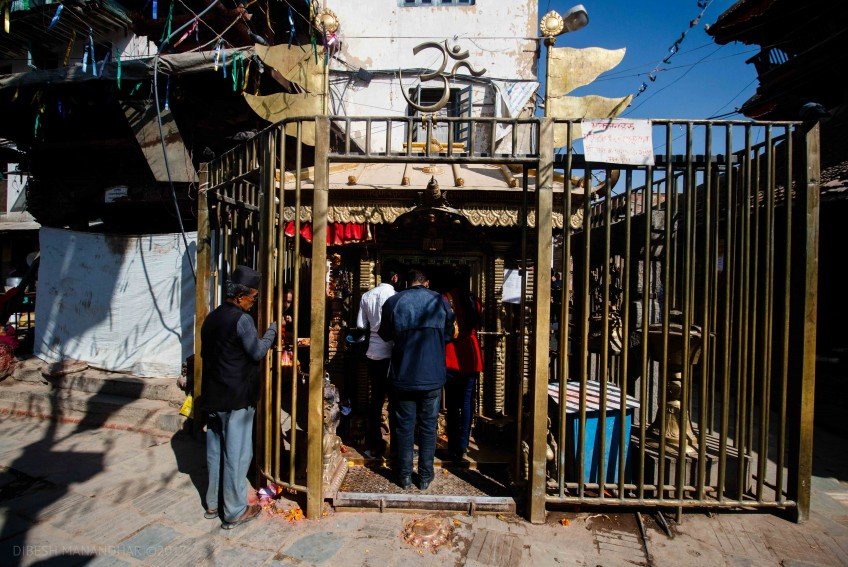 Four Binayak in Kathmandu or 4 Ganesh of Kathmandu is Ashok Vinayak, Chandra Binayak, Surya Binayak and Jal Binayak. Lord Ganesh is believed to be the son of Lord Shiva & Parvati. Ganesh has numerous shrines throughout the Valley but four are particularly sacred.

1. Ashok Binayak – The god is worshipped as the god of luck by Hindus. The temple is visited during Tuesdays every week as it is the day which is considered the day of Ganesh.

Ashok binayak location in Nepal
Ashok Binayak is located in Maru Tole at eastern side of Kathmandu Durbar Square.

2. Chandra Binayak – It is famous for it’s Licchavi stupa known as the Dhando Chaitya. Many historians consider it to be the oldest Buddhist Stupa in the valley. People believed to cure diseases and external body injuries.

3. Surya Binayak – The temple is dedicated to the Hindu god Ganesh. Surya Binayak is considered to give the power of speech to young children who are slow to talk. The temple was built in the time of the Lichhavi King Vishnu Dev Barma, originally built over 1500 years ago. The temple is also known as the temple of the rising sun.