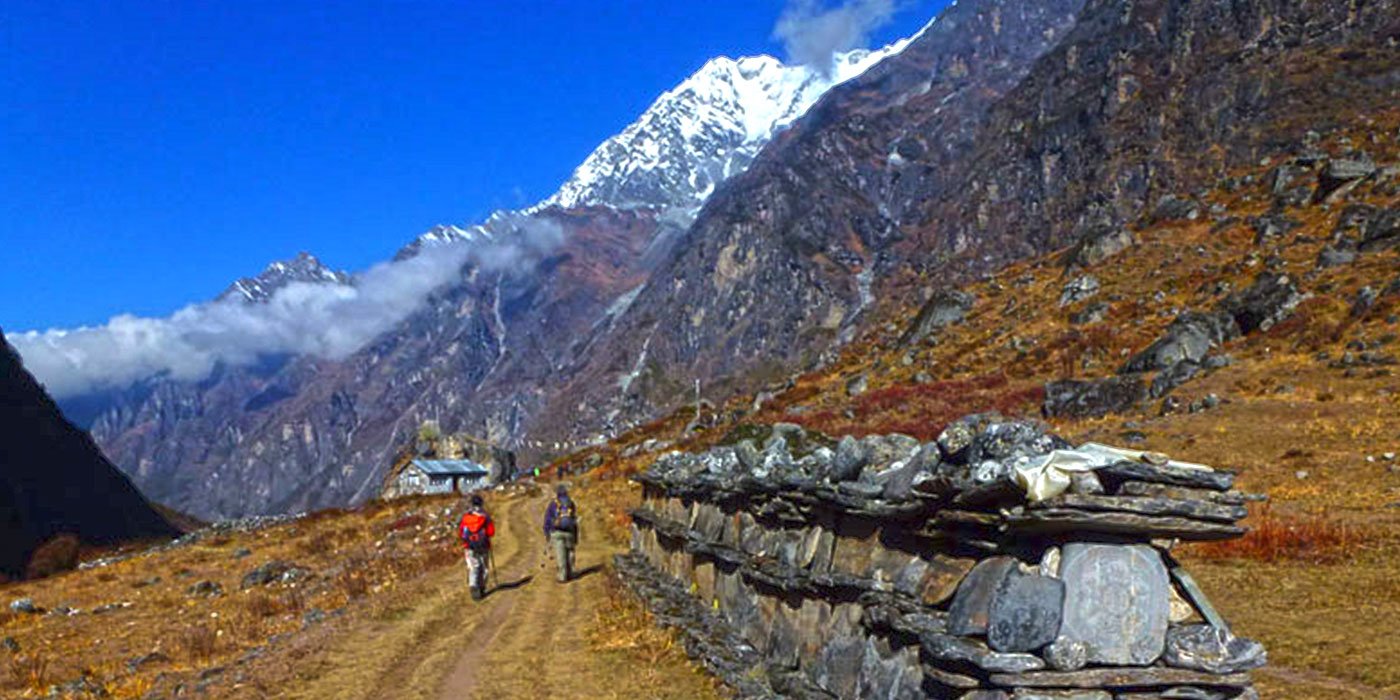 Helambu is one of the best family trekking destinations of Langtang region. Helambu cultural Trek is located about 72 km northeast of Kathmandu. Helambu is famous beautiful natural scene, pleasant climate and Sherpa culture. This region is inhabited by Sherpas whom you can include the Helambu in a Langtang Trek either via Gosainkunda or across Ganja La. This is the best area of Nepal Himalayas for shorter and easier alpine trekkers to mix up in isolated society. This trek is considered easy and provides the spectacular views of the Langtang, Ganesh Himal, Dorje Lakpa, Jugal Himal and Gangchenpo. Moreover around the Helambu there are many magnificent old monasteries and cultural power-places, Gompas, Mani wall and Chörtens. The normal trek starts from Sundarijal and goes through Chisapani, Hyolmo, Kutumsang, Magin Goth, Tharepati, Malemchigaun and Sermathang.

Langtang Trekking, Helambu TrekkingThe Helambu area has a series of high ridges with a stunning brilliant green valleys, misty rhododendron forests and snowy mountain peaks on the distant horizon, Helambu is another ideal short trek. There are simple tea houses along this route, yet the area remains relatively unspoiled. You will experience the Yolmo culture in high mountain villages, be enchanted by vistas of lonely high mountains, and watch farmers toil in the fields using hand-made tools and teams of water-buffalo. The high villages of melemchigaon and Tarke Ghyang are especially interesting with their old Ghompas and quaint house.

There are many Buddhist monasteries amidst a rich and enchanting landscape as well as dense rhododendron forest and local Sherpa traditional culture. Helambu is one of the best villages for cultural trek because in Helambu trekkers can know and experience the different important aspects of Sherpa culture. Moreover the route of Helambu goes through Tamang and Sherpa villages like Melamchi Gaun, Tarkegyang and Sermathang where visitors can know and experience the Tamang and Sherpa culture and festivals. The language, culture and dress of the Helambu Sherpas are very different from the Solu Khumbu Sherpas. Helambu is situated in close to the Tibetan border so Sherpa people of Helambu depict culture and religion of Tibetan Buddhist people. During Helambu visit one can know the Tibetan Buddhist culture, traditions, systems, customs, rituals and festivals. Beside cultural attraction Helambu is famous for striking natural scenes and sacred religious sites. According to Buddhist legend Helambu is one of the seven hidden valleys where Buddhist monks used to practice Buddhist meditation. According to Buddhist legend this Helambu valley was called Yolmo where the guru Padmasambhava meditated many years ago. Legend says since ancient time many Yogi and monks came to Yolmo valley for meditation and returned with enlightened so Helambu is also called the valley of Meditation. Around the Helambu there are many sacred monasteries, Gompas and caves where monks and Yogi used to practice meditation.

Highlights of the Trek: