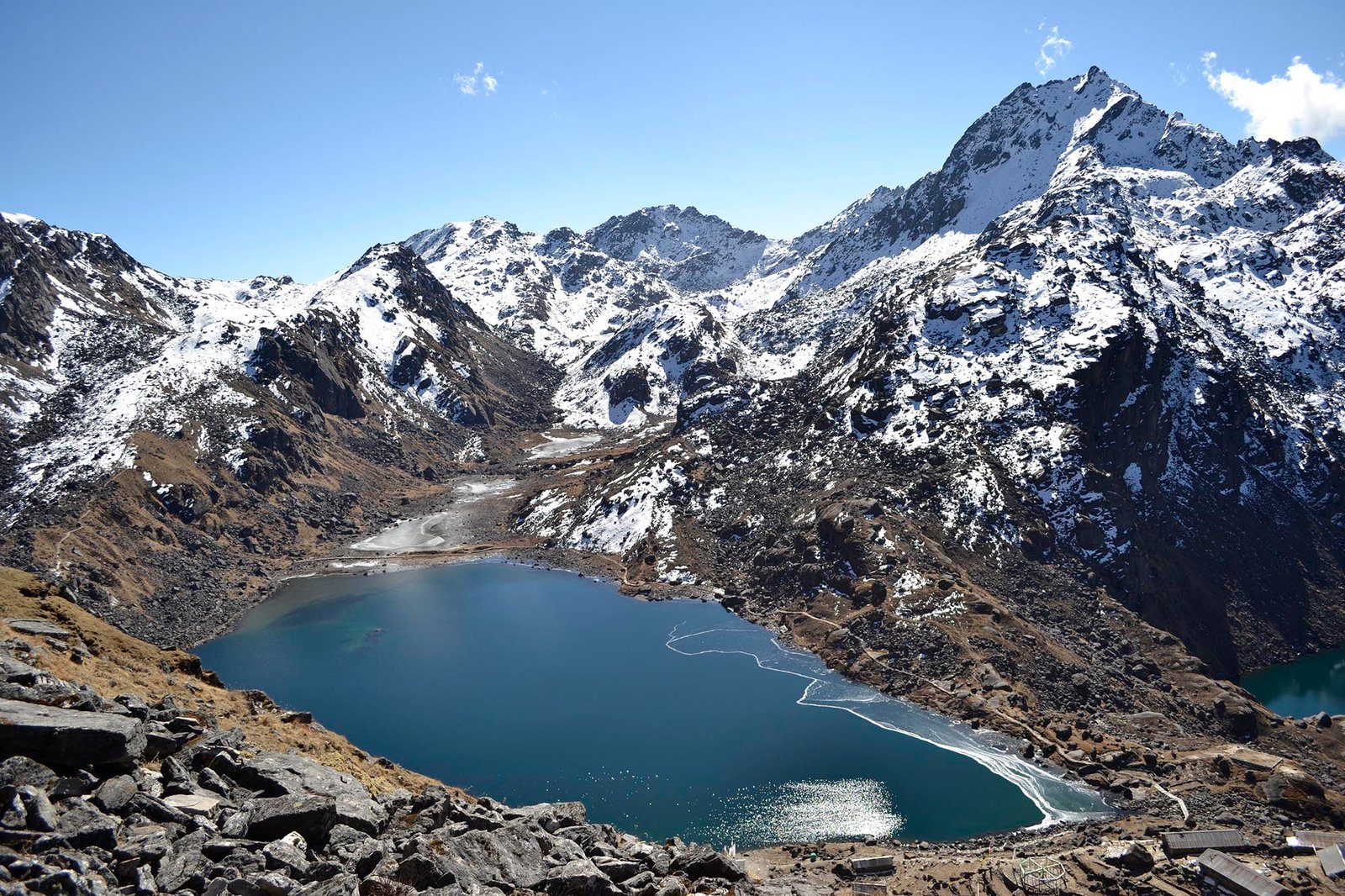 Langtang trekking begins from Sundarijal Hiking , Kathmandu. The fourteen day trek follows a Shiva pilgrim trail for 150 kilometers, and continues along a high edge for 6 days until it crosses the Laurebina Pass. Just below the pass lies the Gosainkunda Lake at 4,300m. From here, the path descends to Syabru, an interesting village on the crest of a ridge. The trek enters the Langtang valley. Langtang Lirung (7246m) dominates the valley to the north; Gang Chhenpo (6388m) and Naya Kanga ri (5846m) lie to the south; and Dorje Lakpa(6966m) lies in the east end of the valley.

During the Langtang trekking, moving further up, we arrive at Kanjin Gompa, and the Langtang valley continues west and then north for another 50 kilometres beyond Kanjin Gompa. Langtang trekking also provides a chance to observe one of a holy site of Hindu and Buddhist the sacred Gosainkunda Lake. We cross the Laurebina pass (4600 meters), the highest point of Langtang trek and drop into the lush Helambu region. Finally the trek returns down the valley to Syabru Bensi from where the bus can be caught to Kathmandu.

Ramdungo Peak Climbing also called Ramdung Go, is one of the cluster of peaks around the Yalung La (5,310m/17,421ft)