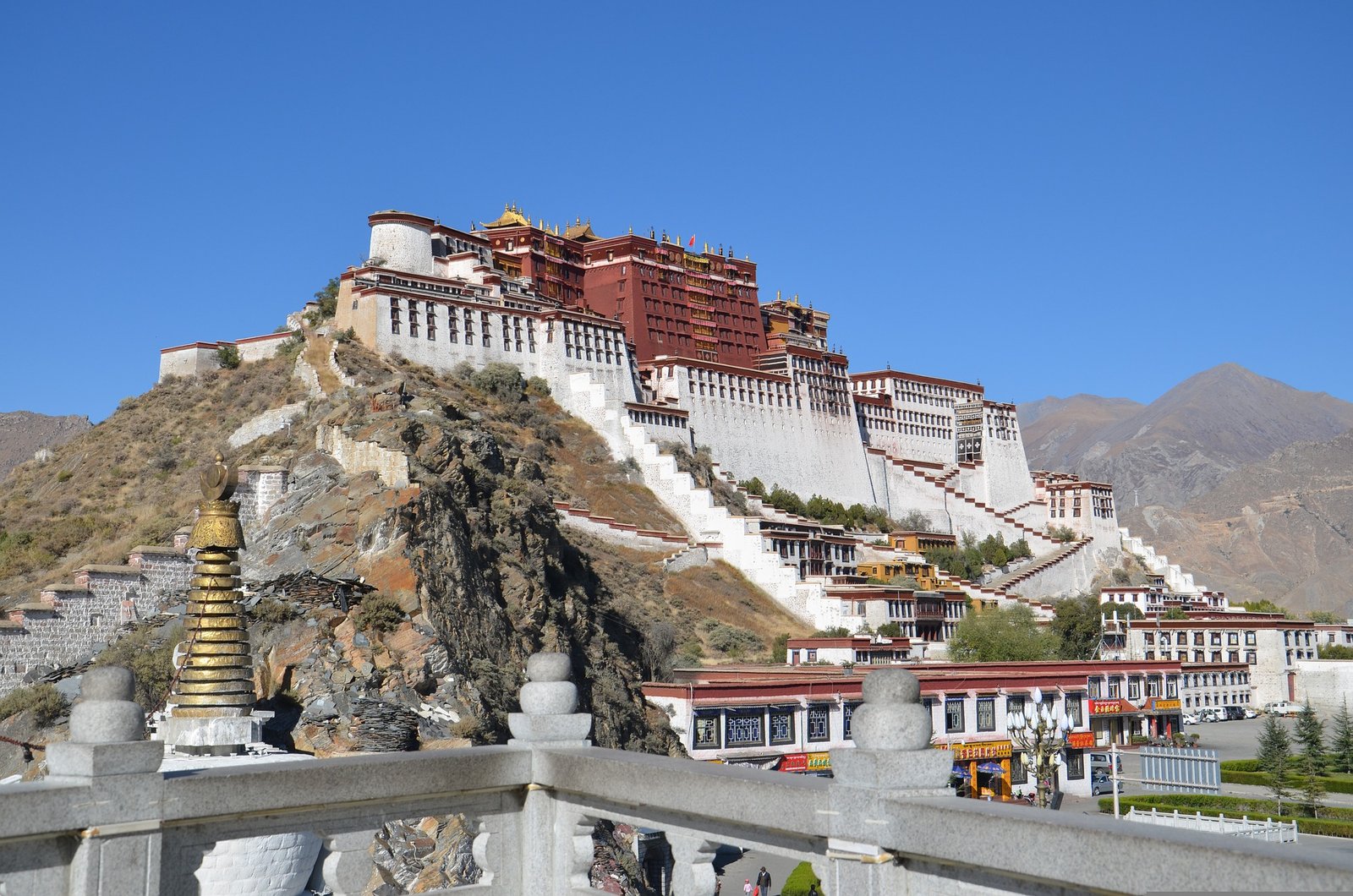 Tibet, the roof of the world with its capital Lhasa ‘the forbidden city’ was closed to foreigners for hundreds of years is now open for outside world. Despite untold ravages brought about during cultural revolution, past grandeur, majesty, magic and mystery of Tibet still remain undiminished. Our trips offer you an opportunity to experience the walk through the bajjars of old Lhasa Circum trek Mt. Kailash (centre of Universe) and trek to Rongbuk glacier to taken an awesome sight of Mt. Everest. You will also be introduced to the pious monks and the nomadic herdsmen of the Tibetan plain. One can also see pilgrims worshiping at sacred shrines and the expansive, striking & enduring Himalayan landscape.

Tour begins with a flight to Lhasa, then drive east to Tsedang to explore the Yarlung Tsangpo Valley. Then drive to the forbidden city Lhasa, visiting the majestic Potala Palace and other places of interests before continuing past . Yamdrok Lake to Gyantse, Shigatse and Tingri. Then the route turns south via the Pangla pass to Ronguk Monastery and Everest Base Camp. Then return to Tingri and on to the border town of Zhangmu and onwards to Kathmandu.

Since time immemorial Mt. Kailash a 22,028 ft. high peaks has been revered by both Hindus and Tibetan Buddhists alike. For the Hindus the Mountain represents the seat of Shiva for the Buddhists, a terrestial projection of the cosmic mandala of Dyani-Buddhas and Boddhistavas. The Wheel of life.

Mansarovar and the source of four mighty rivers – the Indus, Brahmaputra, Sutlez and Karnali. Long closed for outside world, the legends of the mountain has for centuries remained an enigma to the outside world.

Situated at the edge of the severely weathered Jhang Thang plateau to the north of Lhasa at an altitude of 4590 m. Namtso the “Hidden Lake” is the second largest lake in Tibet. Our trek begins at Damshung Valley via Lagaen La (5180 m) then descends to the mystical environs of Tashi Do hermitage and the vast Namtso. The last leg of the trip enters a remote region of the Nyanchen Thangla range, cross Kong La (5240 m) and winds through deep glaciated valley on the return to the Damshung area. The best season for trekking is late May to October when the plain around the lake is lush with grass and speckled with black nomad tents around which hundreds of yaks graze. Namtso Lake is inhabited by large flocks of both residents and migratory birds and animals such as black lipped pikas, bar headed geese, black necked cranes and many more.