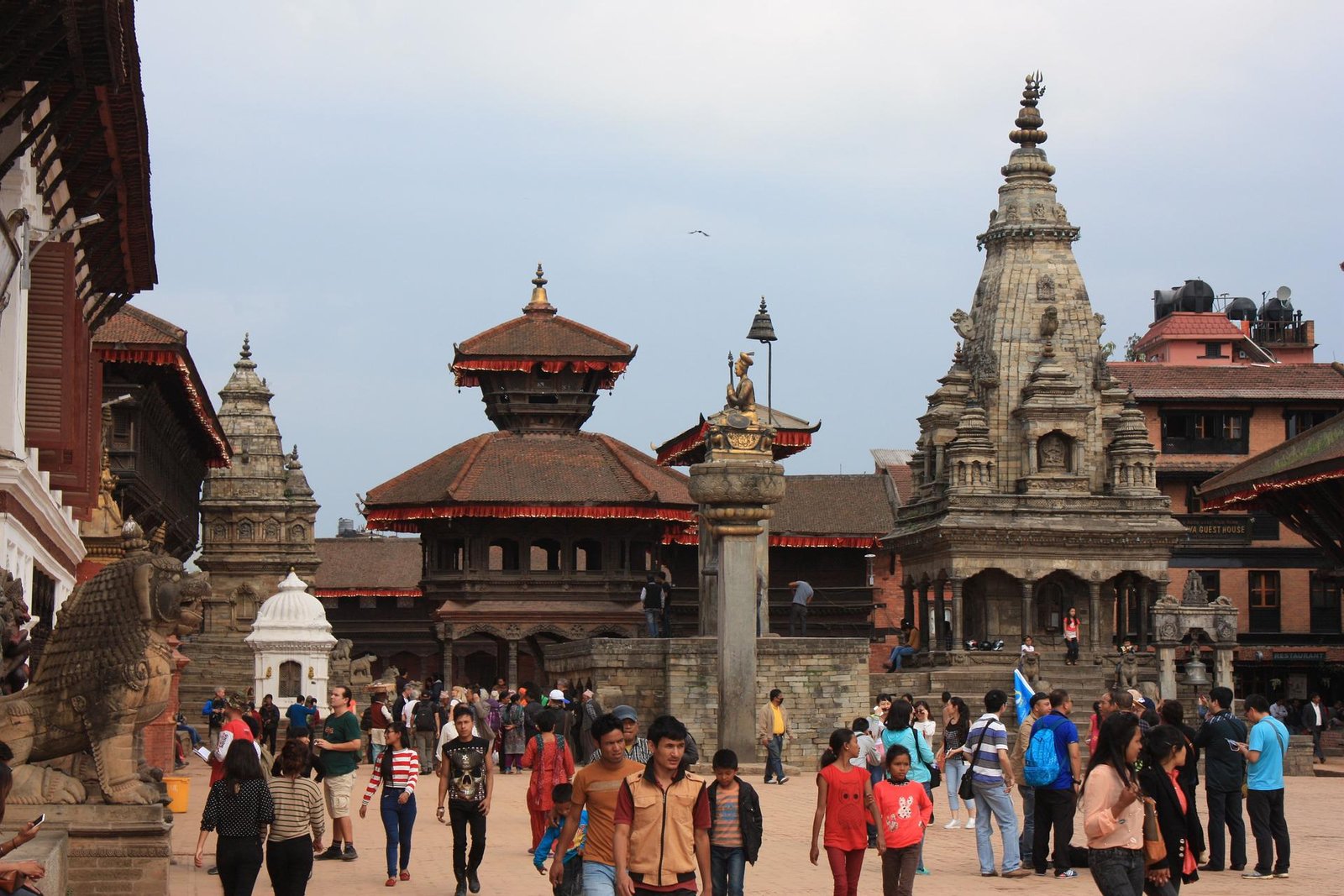 An ancient Newar town Bhaktapur where Bhaktapur durbar square lies, is also is also known as the Bhadgaon or Khwopa in Newa language. It is located in the east corner of the Kathmandu Valley in Nepal. This ancient city was the capital of Nepal during the period of great Malla up to the second half of the 15th century. Known for its fabulous culture and indigenous lifestyle, Bhaktapur is listed as the World Heritage by UNESCO. Bhaktapur has the rich collection of temple, artwork in wood, stone and metal. Bhaktapur in Nepal is among the most popular tourist destinations. Tourists annually visit here to have a look at its magnificent artwork and majestic views of Himalayas.

Lying on the old trade route to Tibet, Bhaktapur is about at a distance of 13 km east of Kathmandu. Located at a height of 1,401 meters above the sea level, it covers an area of 10 km. Though Bhaktapur is among the largest cities of Nepal, but the district Bhaktapur is the smallest one. Men in Bhaktapur wear a special type of cap known as Bhaad-gaaule. And another thing which is trademark of Bhaktapur is the yogurt or curd Ju-Ju Dhau.

In Sanskrit, Bhaktapur means “Town of devotees”. According to Bhaktapur travel guide, this is a popular one-day tourist spot from Kathmandu. Most of the tourist feels that travel to Nepal is incomplete without visiting Nepal’s “City of Culture”. Besides architecture Pottery is another attraction which tourists love to see. In Bhaktapur you’ll see many Hindu and Religious art and sites. Though population here is mainly Hindu but there are as many as nineteen Buddhist monasteries in the city. Fairs and festivals are the part of life in Bhaktapur. It is the city of culture where Nyatapole temple and 55 windows palace are the main attraction.

Bhaktapur durbar square is smaller than those of Kathmandu and Lalitpur. There is a group of temples Char dham Jagannath, Kedarnath, Badrinath and Krishna temple.

Each monument of Bhaktapur durbar square is equally important but the major attractions of Bhaktapur Durbar Square are as follows:

The most attractive palace, archaeologically and artistically is the 55 Windowed Palace located in Bhaktapur. The palace has 55 windows that’s and because of this it is named 55 windowed palace. King Bhupendra Malla built this 3-story palace, carved with stunning arts, sculptures in the 17th century.

Nyatapola temple is a five-storied temple of goddess Siddhilaxmi. The temple is built in Pagoda style by King Bhupatindra Malla during the 17th century. It is said that the construction of this temple completed within few months. This architecturally rich temple is considered to be the tallest temple and one of the tallest pagodas to be existing since many years in Nepal. People are allowed to go to the top of the temple through a series of stairs but people are strictly prohibited to view the idol of Goddess Siddhi Laxmi.

There are three Taleju Bhawani Temple in Nepal, one being in Bhaktapur and other two in Kathmandu and Lalitpur. It’s the temple of sacred deity Taleju Bhawani, a goddess with four heads and ten arms. It is one of the ancient temples of Nepal built during Malla dynasty. Only the kings used to worship Taleju Bhawani but now the temple is open for all the Hindus. The golden gate is the entrance to the Taleju Bhawani Temple. The gate is artistically attractive and is made of gold. The temple is three-storied and is built in Pagoda style. Ancient artistic sculptures can be seen on the wooden window and archways. There are many myths and stories related to Taleju Bhawani and Malla kings in the history.

Who made Bhaktapur durbar square ?

Bhaktapur durbar square was built by Malla King. Before unification of Nepal Bhaktapur was a separate kingdom which was ruled my Malla rulers.

How to reach Bhaktapur durbar square from Kathmandu ?

You can reach Bhaktapur durbar square from Kathmandu by bus, taxi, car etc. Distance from Kathmandu is approximately 15 kilometeres. Local buses are also availabe to Bhaktapur from Ratnapark Bus Park or also known as purano bus park. Travelling from bus is cheaper than from taxi. For travelling in Kathmandu by taxi you can also download taxi apps like “Pathao” etc from Google play-store, where you’ll find distance and cost.