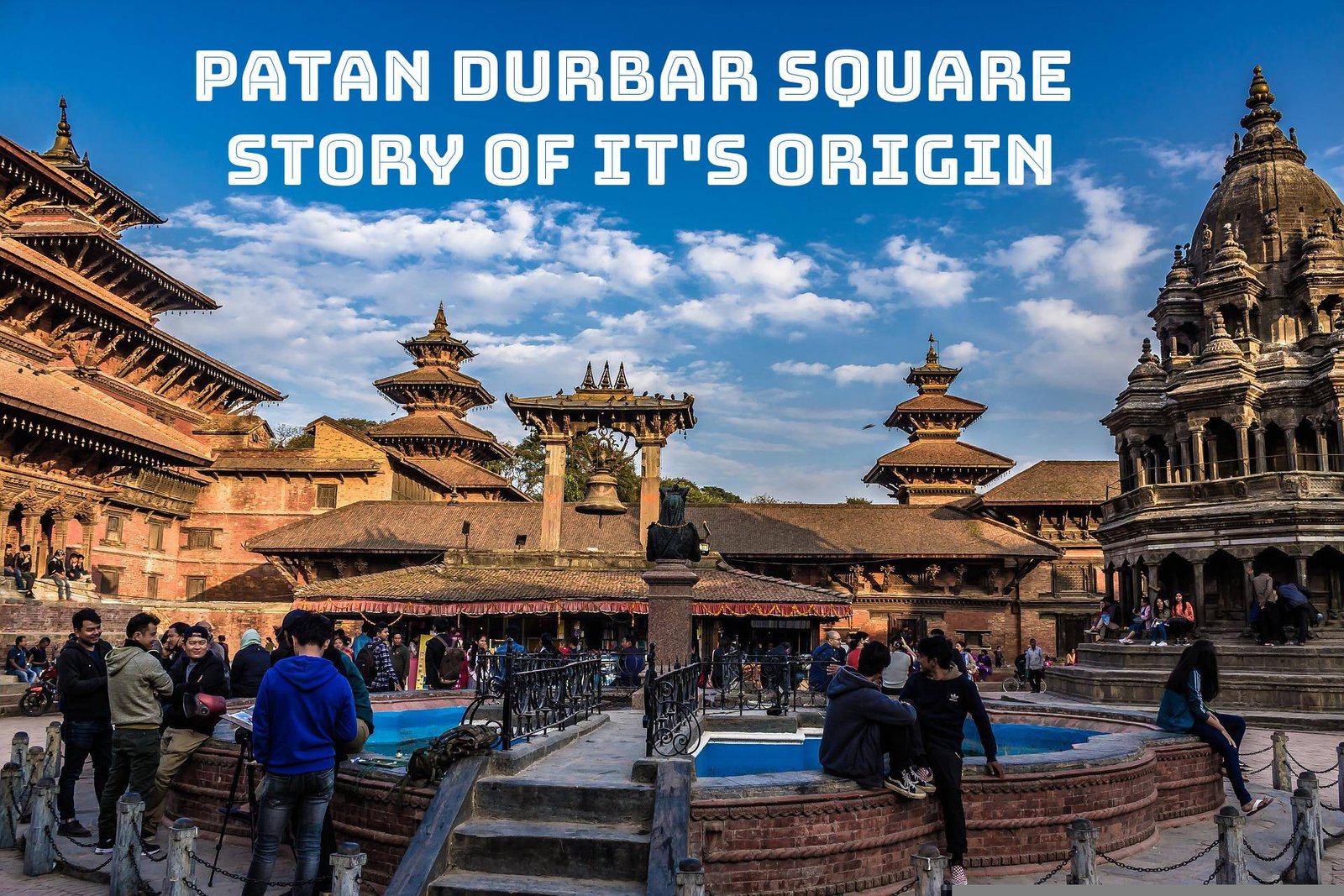 Patan or Lalitpur where settlements must have existed during the Licchavi period around the 7th century AD. It is said that there was an ugly grass cutter who visited Mani jogini in the Kathmandu valley to sell grass. He felt thirsty while cutting grass and went in search of water but couldn’t find it. After searching for a while he found it. He also took a bath and after taking a bath he transformed into a handsome man. After taking a bath and finished cutting grass he went to the city to sell the grass as usual. The king saw him and surprised at his transformation from a ugly man to a handsome man and named him “Lalit”. Meaning of Lalit is beautiful. The king thought to build a memorial where transformation took place but couldn’t find a suitable name for it. In king’s dream a voice advised him to call it Lalit Patan and asked him to build a city around it. After getting instruction from his dream he sent Lalit across the Bagmati river and ordered him to build a city name Lalitpur. It was among one of the three royal states within the valley before the unification of Nepal by King Prithivi Narayan Shah.

Sundari chowk means “beautiful courtyard”, lies at the southern end of the complex. It was built in 1627, by King Siddhinarasingh Malla.

The Taleju temple is located in the north-east corner of the Sundari chowk. It was built in 1671 with octagonal shape.

Patan Museum is also known as the Keshav Narayan Chowk where the four cornered fort stood. There is a golden gate to enter the museum and above the gate there is a golden window known as Lunjhyah. In Nepalbhasa (Lun+jhyah) luh means gold and jhyah means window.

Nasal Chowk is closed to public.

Kwa baha is also popularly know as Hiranyavarna Mahabihar and the Golden temple where Buddha is worshipped. You’ll find statue of Buddha at the center of the temple. It has three stage structure with lavish decoration.

Krishna temple is a temple built in a Shikhara style dedicated to Lord Krishna. Shikhara style means mounting peak in Sanskrit language. In Shikhara style temple it is designed like a tower with similar but smaller towers surrounded by main tower. This type ot temples are usually built on a octogonal or square stepped plinth. Krishna temple in Patan durbar square was built by the daughter of King Yoganarendra Malla in 1723 in the memory of the eight wives of Yoganarendra Malla. His eight wives committed sati, an Hindu custom where wives agrees to burn themself with dead husband. Later, this custom was banned in Nepal.

God Bhimsen is popular among the business community. The Bhimsen Temple of Patan is a three tiered temple. It was built in 1681, by King Shri Nivas Nalla.

The Kumbheswor temple is a Hindu site build during the reign of King Jayastithi Malla. After entering to the complex you’ll find a bull name Nandi infront of you. King Jaya Vishnu donated it in 1735 which was stolen and later replaced. There is a water tank where the ugly grass cutter quenched his thirst and turned into handsome man after taking bath. There is temple of Harati mata opposite the main entrance. To the right of the main entrance there is a temple of Goddess Bangalamukhi.

The Ashoka Stupas were built by the Mauryan Emperor named Ashoka while traveling in Nepal. There stupas are in south (Lagankhel = means name of a place), West (Pulchowk), north (Ibahi) and east (Teta). Ashoka had a daughter name Charumati, married and settled here. She and her husband built a city of Deopatan and built the Charumati Bihar near Chabahil.