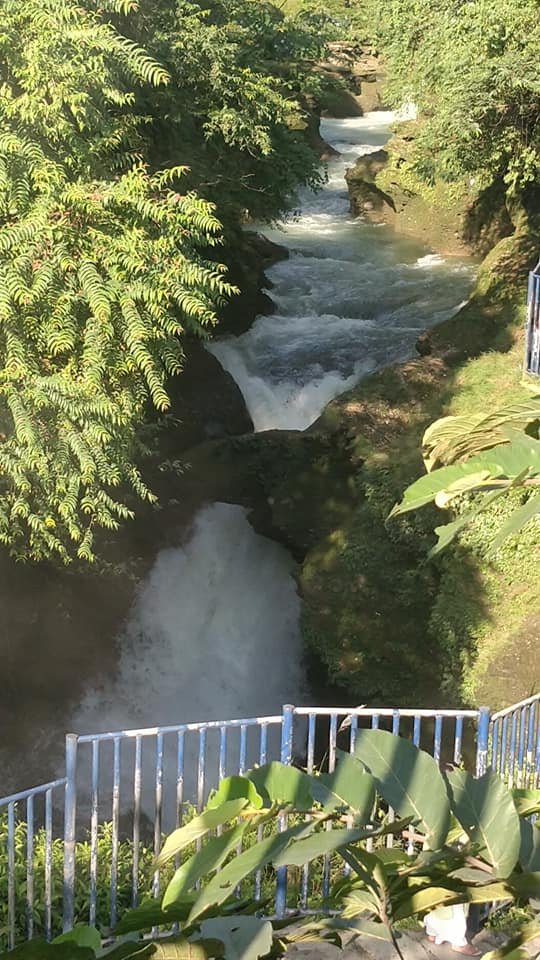 Devi’s Falls is a famous waterfall also known as patale chhago (पाताले छाँगो) in Nepali language, which literal meaning is Paatal Ko Chango means “Underworld’s Waterfall”. It is different than other waterfalls and it’s one of the most visited sites in Pokhara. It is located 2 km southwest of downtown Pokhara a waterfall situated at Kaski District in Pokhara. You can reach there by taking a taxi or just walk there if you’re near by it. The water forms a tunnel after reaching the bottom, the water passes through a cave called Gupteshwor Mahadev. The Phewa Lake dam is the water source of Devi’s falls. During the rainy season, flow of water rises and the sound of waterfalls plunging down the gorge is deafening. In winter Phewa taal (lake) water volume decreases which drops the volume of water reaching the Devi’s Falls.

These falls are the place that mark the underground journey point of Pardi khola. There is a steep and deep drop where the river overlaps the falls and then disappears into a cave, though it appears again at some 300 meters distance. The water plunges into a hole and disappears! In monsoon this sight is most spectacular. It is a magnificent water fall next to Gupteswar Gufa. You can have a day long picnic by the falls. Be careful as there are legends about people drowning in the fall.